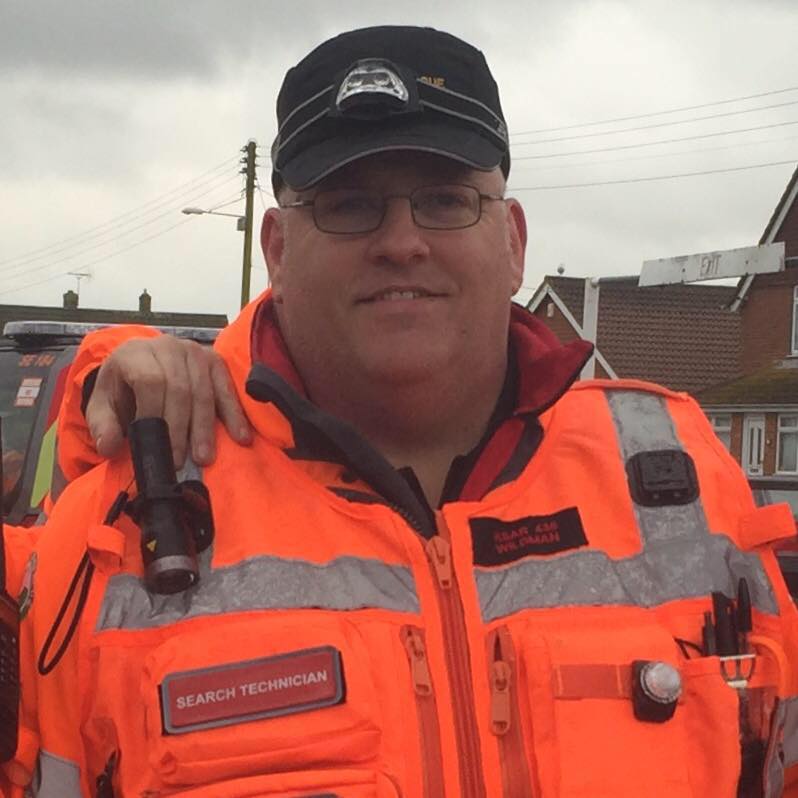 It is with immense sadness that we have to announce the passing of our Training Officer Mick Wildman.

We would like to thank the staff at Medway Maritime Hospital for their professionalism and dedications in his sudden illness.

Mick joined Kent Search and Rescue in Autumn 2015, one of those people you instantly warmed to. He was a larger-than-life gentleman, a real treasure of a man and was willing to do anything for anyone. As well as our training officer, Mick was a Team leader and part of our Operations Team. During searches, Mick would often be the one on the radio in control being the calm voice between the teams on the ground and the Search Managers.

Mick will be greatly missed but the whole of the team and Kent has lost a stalwart of a volunteer.

As well as KSAR, Mick volunteered with Duke of Edinburgh groups throughout Kent and Kent Army Cadets.

A Donation page has been setup for joint donations to be made in memory of our friend and colleague Mick Wildman who unexpectedly passed away on 11 April 2021.

This bigger than life character has left a great hole in many lives but we also remember and celebrate his life with many amazing memories. He packed a lot into his life and had a great impact on the many people he got to know.

Therefore in what we believe is a perfect tribute Mick’s family have asked for donations in lieu of flowers to be made. The sum raised will be split 50/50 between the Duke of Edinburgh Award Scheme and Kent Search and Rescue – both being organisations that were close to Mick’s heart.

We hope you will dig deep and make a donation to enable these organisations to help those in need.

Mick will be very sorely missed by all and by helping others this seems a very fitting tribute to a man who gave so much to so many others. RIP Mick.

We would ask you to raise a glass to Mick, to thank his for his tireless dedication to the people of Kent.